The ‘Four-leaf clover’ of Ameno consists of four circular trails covering a total of 33.6 kms with a total elevation gain of 1,215 meters. The lowest alttude is 324 metres and the highest is 791 metres. The average walking time of the 4 trails is 12 hours and 90% can be covered by mountain bike or on horseback.

The paths were designed in collaboration with Riccardo Carnovalini, one of the most famous Italian walkers. He walked and talked about  the territory with photographs and words for over thirty years. He crossed Italy and Europe on foot far and wide. He has published hundreds of reports on his travels and has collaborated with RAI, broadcasting on Radio 1 and intervening as an expert on foot travels. Riccardo Carnovalini was also the creator of the Quadrifoglio di Ameno logo and is an honorary citizen of Ameno. 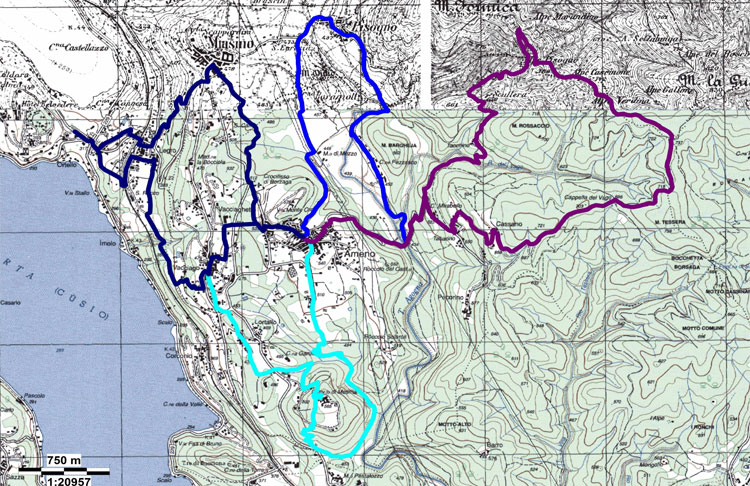