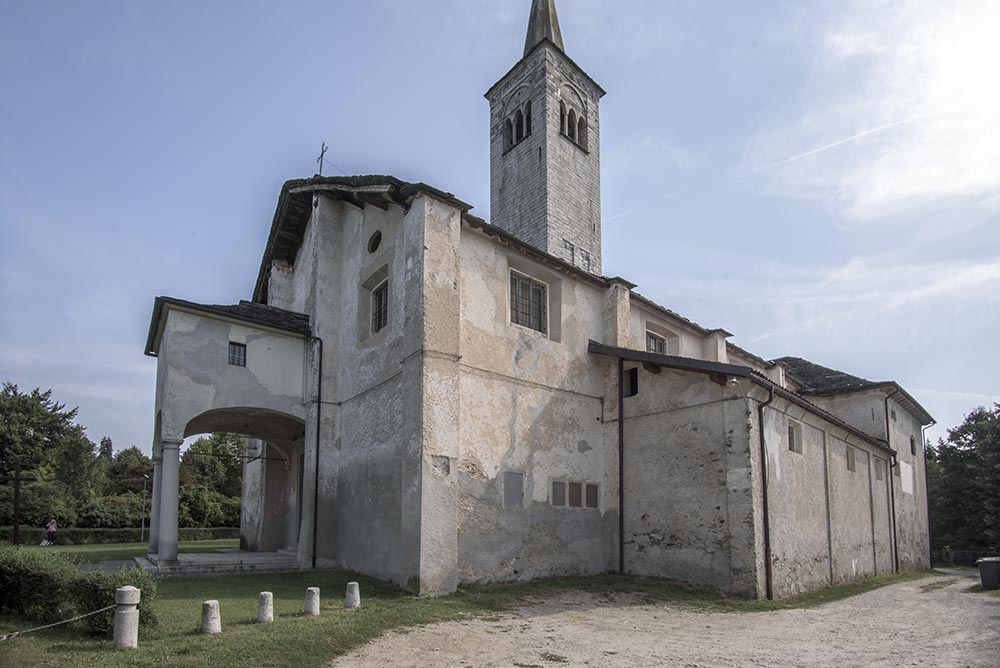 According to the legend, the Parish Church of Santa Maria Assunta was founded by San Giulio in the 4th century.

The current building dates back to around 1340 and is based on an older nucleus, which has been remodeled over the centuries. A portico characterized by two granite columns, surmounted by a fresco depicting the Assumption of the Virgin Mary, leans against the gabled façade. The portico supports a small cell that houses the organ bellows.

An articulated space develops inside the church, punctuated by large pillars, which denounces a Romanesque layout, consisting of three large naves with a deep choir.

The central nave has a high altar finished with very fine Baroque marble, flanked by two other altars, corresponding to the two side aisles, one dedicated to the Madonna del Rosario and the other to the Holy Spirit.

The interior is decorated with late Baroque stuccoes and the walls were once embellished with large paintings  depicting  episodes from the life of Mary.

The most interesting element of this architectural complex is undoubtedly the bell tower: 60 meters high, it has a mighty structure made of well-squared and wonderfully laid granite blocks. To raise them, a large pincer was used that was specially built. Oral tradition has it that it hung in the old town hall until the time of its fire.

The bell tower was built in 1505, as shown by the date carved at the base. His style is that of a refined Romanesque.

The bell tower seems to rival that of the island of San Giulio in Lake Orta. In those years, in fact, the community of Ameno was fighting to become an autonomous parish and the rampant dog, symbol of Ameno, which is carved on a capital of the belfry underlines this aspect.

The church until 1460 was ruled by a chaplain who was directly employed by the mother church of the Island of San Giulio. In 1499 she was granted the right to baptize and in 1507 there was separation from the mother church. 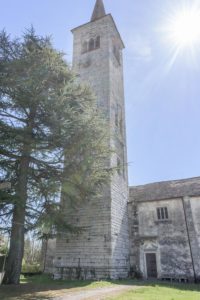 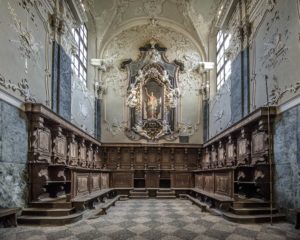 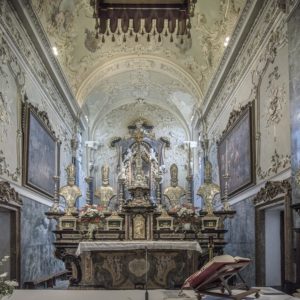