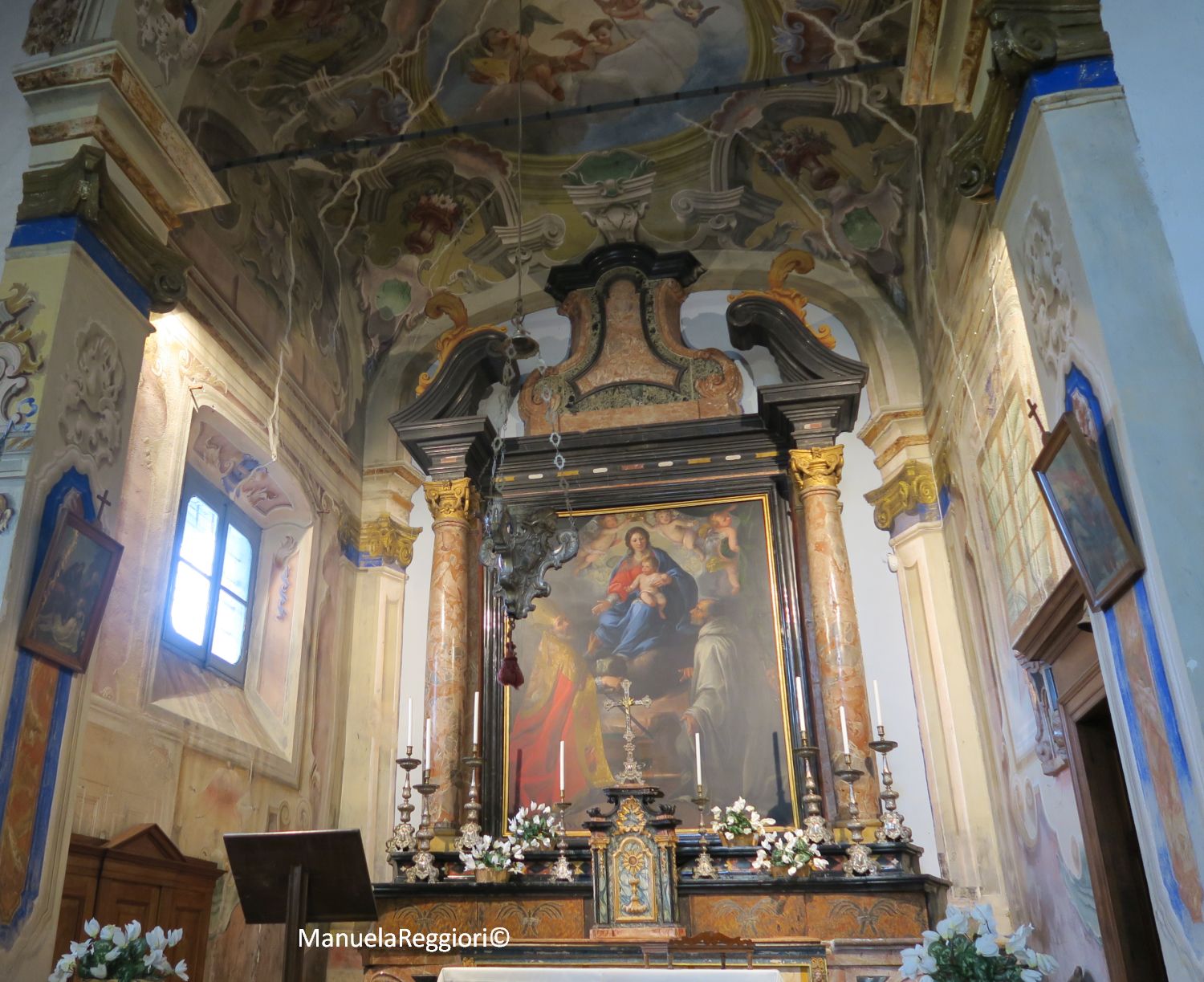 It is a building with a Baroque facade, as is the bell tower dated 1758 in Baroque style. The interior, very intimate, is embellished with a beautiful painting by G.Discepoli, known as “Lo Zoppo”.

Lortallo, until the beginning of the nineteenth century, was  municipality. Ecclesiastically, however, it always depended on the Parish of Ameno, although for some centuries it had its own chaplain.

Two towers are preserved in the village which tradition attributes to the Baldizzoni, a family that, as opposed to that of the Bianchi, gave its name to two opposing local factions during the period of the struggle between Guelfi and Ghibellini.

Currently one of these towers makes up one side of the square in front of the church, which opens onto the landscape towards Ameno.